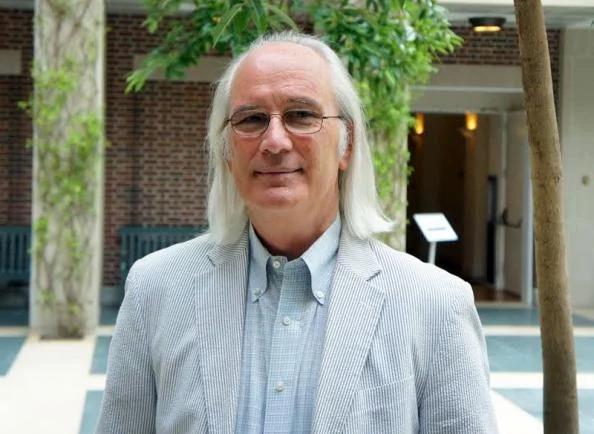 
Dr. Dennis Carroll has over 30 years of leadership experience in global health and development. Until recently he served as the Director of the U.S. Agency for International Development’s (USAID) Emerging Threats Division. In this position Dr. Carroll was responsible for providing strategic and operational leadership for the Agency's programs addressing new and emerging disease threats. He provided overall strategic leadership for the Agency’s response to the West Africa Ebola epidemic. He currently heads the Global Virome Project, an international partnership to build the systems and capacities to detect and characterize future viral threats while they are still circulating in wildlife - enabling the world to better prepare before they spill over into us.

Dr. Carroll was initially detailed to USAID from the U.S. Centers for Disease Control and Prevention as a senior public health advisor in 1991. In 1995 he was named the Agency's Senior Infectious Diseases advisor, responsible for overseeing the Agency's programs in malaria, tuberculosis, antimicrobial resistance, disease surveillance, as well as neglected and emerging infectious diseases. In this capacity Dr. Carroll was directly involved in the development and introduction of a range of new technologies for disease prevention and control, including: community-based delivery of treatment of onchocerciasis, rapid diagnostics for malaria, new treatment therapies for drug resistant malaria, intermittent therapy for pregnant women and “long-lasting” insecticide treated bednets for prevention of malaria. He was responsible for the initial design and development of the President’s Malaria Initiative (PMI). Dr. Carroll officially left CDC and joined USAID in 2005 when he assumed responsibility for leading the USAID response to the spread of avian influenza. Between 2009 - 2019 he oversaw the Agency’s Emerging Threats program spanning more than 30 countries across Africa and Asia.

Dr. Carroll has a doctorate in biomedical research with a special focus in tropical infectious diseases from the University of Massachusetts at Amherst. He was a Research Scientist at Cold Spring Harbor Laboratory where he studied the molecular mechanics of viral infection. Dr. Carroll has received awards from both CDC and USAID, including the 2006 USAID Science and Technology Award for his work on malaria, including the design of PMI, and avian influenza, the 2008 Administrator’s Management Innovation Award for his management of the Agency’s Avian and Pandemic Influenza program, in 2015 USAID’s Distinguished Service Award, and a 2018 Lifetime Achievement Award from Texas A&M University. 
Dr. Drew Weissman is a professor of medicine at the Perelman School of Medicine at the University of Pennsylvania. He is best known for his contributions to RNA biology, which enabled the development of effective mRNA vaccines for COVID-19.

The Weissman Lab, led by Dr. Drew Weissman has studied RNA immunity for many years. They first identified that mRNA activated dendritic cells and was one of 3 groups that identified that TLR7 and TLR8 recognized RNA. Then they went on to identify that the inclusion of modified nucleosides (pseudouridine, 5-Methyl-cytidine, and others) allowed the mRNA to avoid activation of RNA sensors. This allows mRNA delivered in vivo to give very high, up to 1,000-fold, more protein than unmodified mRNA. mRNA, unlike DNA, also has very high transfection efficiency in primary non-dividing cells. These properties allowed them to develop nucleoside-modified mRNA as a transient gene therapy to deliver or replace proteins as a therapeutic. They observed that 10 ng of erythropoietin encoding mRNA resulted in supraphysiologic responses in mice and 1 mg/kg of mAb encoding mRNAs resulted in circulating levels of mAb approaching 600 ug/ml. The combination of the extremely high potency of mRNA encoded proteins due to the amplification by translation and the reduced risks of adverse events as the protein is made by the host’s cells has made mRNA therapy a new approach to protein therapeutics. They have also used nucleoside-modified mRNA to deliver vaccine immunogens in many animal species including: mice, rats, Guinea pigs, rabbits, chickens, and Rhesus and Cynomolgus macaques resulting in potent antibody responses due to the specific induction of T follicular helper cells. They have ongoing interests in developing many vaccines, including COVID-19, pan-coronavirus, hepatitis C, influenza, ebola, CMV, EBV, HIV, dengue, flaviviruses, and others that can quickly move into clinical trials. Additional studies have used modified mRNA for gene editing, as the kinetics of modified mRNA translation are ideal for the delivery of such systems and the targeting of mRNA-LNPs to specific cell types, including lung vascular endothelium, brain, cardiomyocytes, tissue T cells, and bone marrow stem cells.